Helping you shape your digital presence

BILDERBERG: The 150 Bilderbergers who controlled the COVID-19 response. 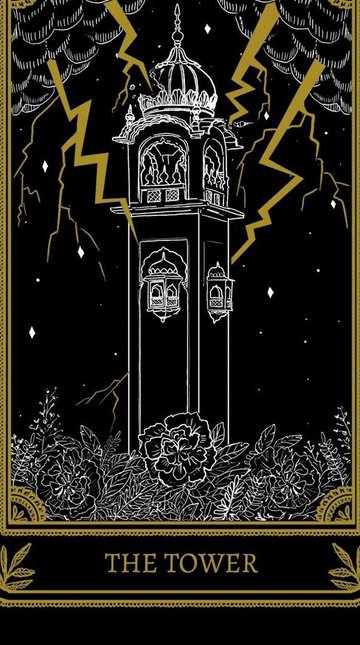 Are our local councils & civil servants ready to confess their crimes?

We need NEW people in control of Exeter.

They are destroying the city.

We need NEW people in control.

Have their own private car park.

Have their own private car park.

If you have any complaints about Exeter City Council, they are asking for feedback,  Email: planning.policy@exeter.gov.uk

are destroying the town with their pedestrianisation. We already can't afford to park in the centre or go to anywhere in the city centre. They have shut it off & blocked access by pushing all the traffic on to the main routes leaving them blocked by traffic.

They are now selling off our car parks for more student flat building.

What will Exeter be like when the Globalist University shuts down?

The is wilful sabotage. People can't cycle because of the hills & you can't get bags of shopping on a bike. The bikes are dangerous for pedestrians & come round corners at 40mph without any warning. Non of the cyclists have been trained on road safety & ride straight at pedestrians & cars. There are no speed limits for bikes.

The bus service is useless as you need buses every 15 minutes on every route . If you're in the high street you can wait an hour for a bus in the cold, the dark or rain.

It will take decades to put right the damage they have done to this city.

Who ever is in charge is a completely irresponsible idiot.

Or actually trying to mess everything up.

All the Civil Servants should all be sacked for this.

Who started a fight. #allegedly (pic)

When we set up a peoples network it won't be run by crooks.

When I asked if the civil servants had costed it they laughed.

When I asked who was paying for it they lied

And when I asked who was doing the work they had no idea.

are trying to destroy the Devon domestic economy with NET ZERO frauds.

TURN UP 5G RADIATION IN EXETER.

Exeter is suffering a major radiation attack as phone companies increase the power on the Exeter Smart City radiation grid. The local population has been suffering from increased brain confusion & sickness.

People with existing conditions have reported an increase in their symptoms.

To sell off all their Council Estates to The Globalist corporations & historic families.

Plans for the next 20 year Council Tax fraud.

Turn Exeter quay footpaths into race tracks. Pedestrians in danger from 40 mph cyclists who aim at them.

Shuts down the only boat access to the lower Exeter Canal with a locked car park. We paid for it, they stole it, in the usual Corporate manipulation.

Destroyed your families, your relationships, the local economy with the Pandemic Fraud.

UKHospitality calls for urgent investigation into energy suppliersâ€™ pricing
UKH Chief Executive Kate Nicholls has written to the Business Secretary Grant Shapps urging him to instigate an investigation by Ofgem and the Competition and Markets Authority (CMA) into energy pricing for commercial businesses.energy suppliers are quoting prices significantly above the wholesale price, http://ukhospitality.org.uk

in our schools is positively EVIL. The promotion of LGBT, paedophile grooming & brain contagion is destroying the ability of our children to develop, morality, Christian, family & relationship bonds.

ENERGY COMPANIES: Plan to steal your homes with NET ZERO energy fraud. You will have to sell your house to pay their bills.

YOU WILL OWN NOTHING

and they will be Happy.

What's that about then?

BILDERBERG: The 150 Bilderbergers who controlled the COVID-19 response. read more...

Did the Military just take over the UK Administration?

THE LIBERATION OF HUMANITY

You are about to witness The Liberation of Humanity, the biggest transfer of wealth & power in Human History.

This is the End Of The World as we know it.

The next world economic system will not only be fraud proof it will track crime.

Also, to connect to the QFS Starlink Satellite based economy governments will have to sign the Gesara Nesara protocol.

That is why Russia asked the Western Nations in NATO to sign a non aggression pact. This protocol creates International Laws which destroy the basis of Western Democracy, War & Fraud.

The QFS financial system is already up & running. It has been integrated by over 50% of the worlds Nation States.

The UK & the USA have failed to integrate with other countries. And are continuing to fight & start new wars to create their own Global Fascist World Government.

Part of their agenda is to destroy their own domestic economies & impose 5G fascist control over their populations. This is to preserve their own personal wealth & power.

We are now in a slow battle to weed out the corrupt Greed Monkeys in our administrations.

Half of the countries in the world have joined the Quantum Financial System, QFS, and signed up to Nesara Gesara Law.

1.Cancels all credit card, mortgage, and other bank debt due to illegal banking and government activities. Many refer to this as a “jubilee” or complete forgiveness of debt.

3.Abolishes the IRS, with employees of the IRS transferred into the US Treasury national sales tax area.

4.Creates a 17% flat rate non-essential new items only sales tax revenue for the government. In other words, food and medicine will not be taxed; nor will used items such as old homes.

6.Returns Constitutional Law to all courts and legal matters.

8.Establishes new Presidential and Congressional elections within 120 days of GESARA's announcement. The interim government will cancel all National Emergencies and return us back to constitutional law.

11.Forbids the sale of American birth certificate records as chattel property bonds by the US Department of Transportation.

15.Retrains all judges and attorneys in Constitutional Law.

17.Establishes peace throughout the world.

19.Enables the release of over 6,000 patents of suppressed technologies that are being withheld from the public under the guise of national security, including free energy devices, anti-gravity, and sonic healing machines.